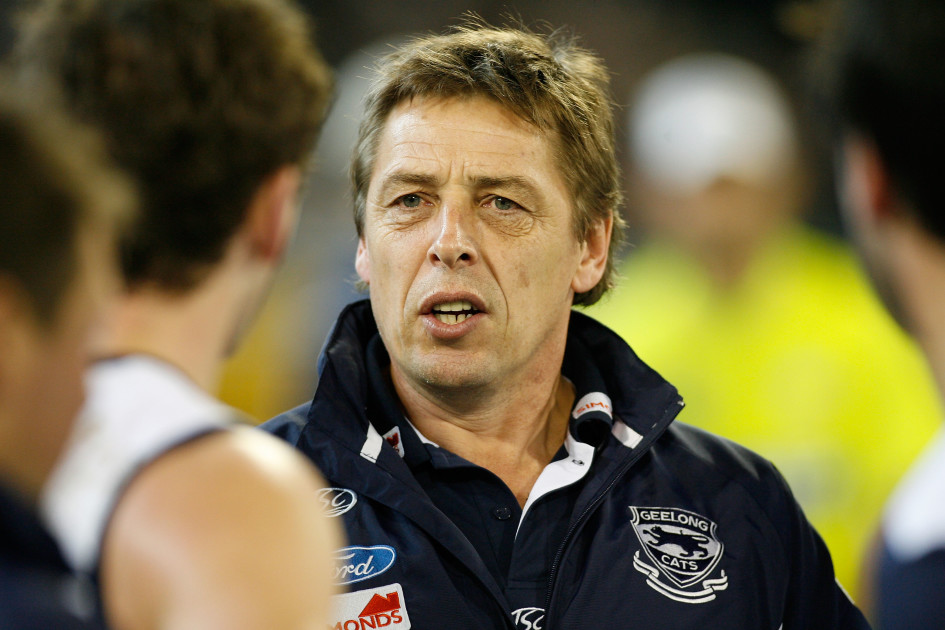 Thompson opened up to Channel 9’s A Current Affair about his life hitting “rock bottom” after the Essendon supplements saga in 2013 and the toll the scandal took on his mental health.

The dual Geelong premiership coach and triple Essendon premiership player was diagnosed with post-traumatic stress disorder and admitted to using drugs after leaving the Bombers at the end of 2014.

He was found not guilty of drug trafficking in 2019 after police seized 481 ecstasy pills and ice during a raid of his Melbourne home in January 2018.

“I didn’t watch it. I purposely…